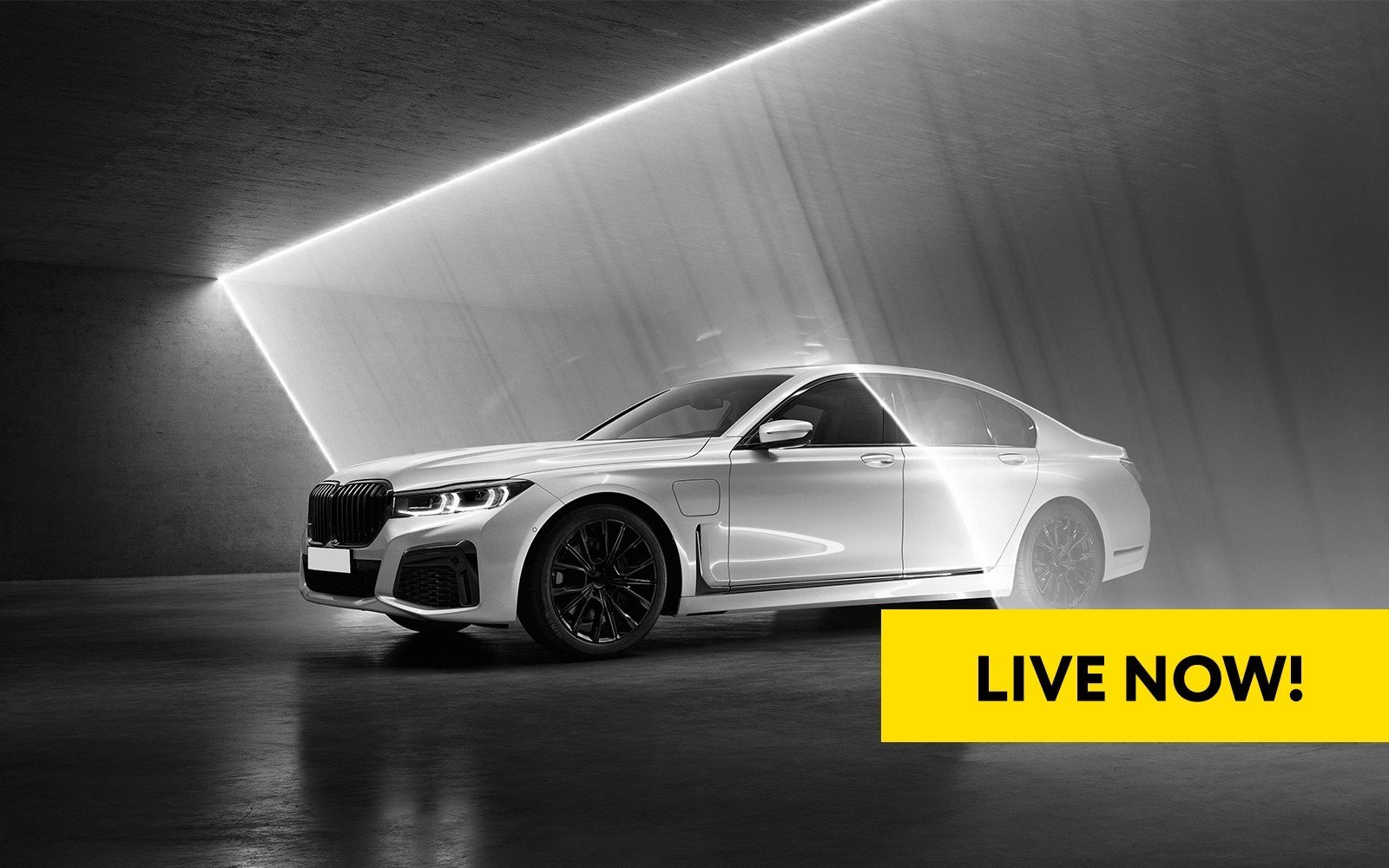 In the first part of this story we spent a long time talking about the dark ages of BMW. The Bangle years and we grazed the surface of their renaissance. This exact renaissance is what I wanted to touch on today. I will try to keep it brief but as always, I will probably fail at that.

As history has taught us, after a period of downfall and bad times something clicks in humanity and the brightest of us start leading towards a better future. A similar thing happened to BMW with the F series. As it always is it started with the 7 series and it was tasked with restoring faith in BMW. The actual dawn came with the late E-series cars but we all needed a “fresh start” after Bangle. Now, to be perfectly honest the E65 wasn’t hard to improve upon but everyone who felt anything towards the Bavarian took a breath of fresh air in 2008 when we saw the F01 7 series. The proportions were right, it promised sporty driving for an executive car and most of all, it was about 10 years ahead of its time in terms of technology. The next generation of the i-drive and it was finally working as it should and was looking like BMW were finding themselves again. Then came the F10. It was objectively miles away from the W212 E- class and the A6 of the time. Of course, there were the odd problems like the N63 engine which was a great version of the 4.4-liter block which was as long lasting as that promise you made to your high school sweetheart. Legend goes that some people drove without breaking one for weeks, even months at a time… It did, however have another first for BMW - a twin turbo setup in a hot V configuration which was both the best part of it and its downfall. There was also the 5 GT (F07) which was still an improvement. Sort of. Instead of a whale it was now a Beluga, so better, right? All in Chris Bangle wasn’t all that bad, I mean he was but the F series came sort of under him. Before calling him the Leonardo Da Vinci of his time we just need to remember the early 2000s. 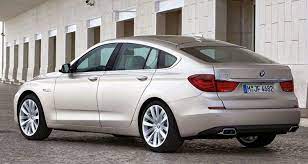 Alright, you, my dear reader, have spent enough time reading my rants on everything wrong with BMW. Let’s move on to the technology behind the F series and how it differs to the E series. First off, I would like to start (well repeat myself from last week) with the masterpiece of a transmission that the geniuses of ZF Friedrichshafen AG created. 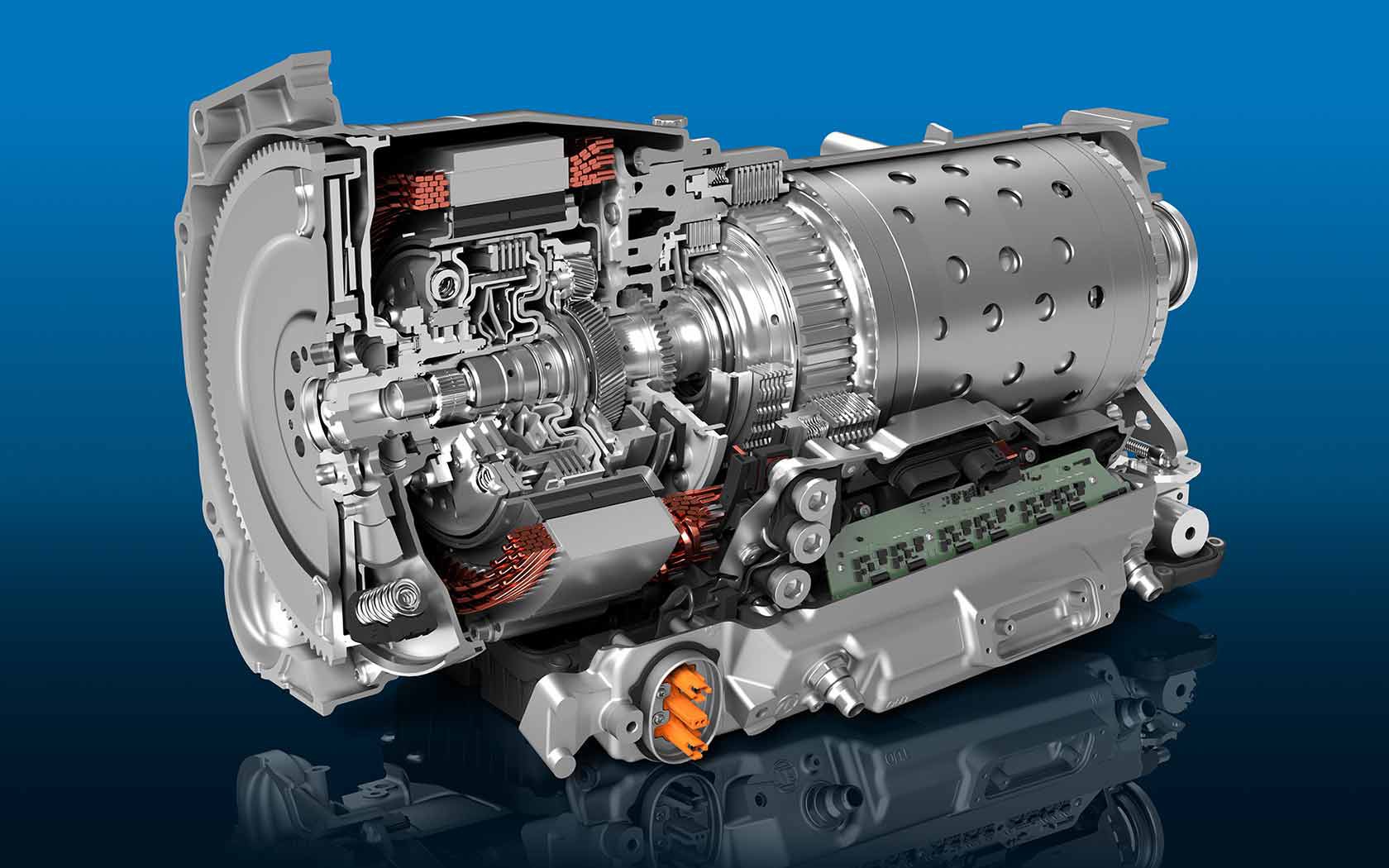 Although ZF are in the Pantheon of the Gods of transmissions since 1915 I firmly believe that they set out (and succeeded) to build the BEST torque converter transmission the world had ever seen (and will see for a long time) by a country mile. Their previous attempts were great, the 6 speed was smooth, sometimes strong but there is nothing that could ever compare to the seamlessly silky smooth, strong, problem free 8HP. I mean this transmission is one of the reasons BMW and M GMBH were able to build the N57S tri-turbo diesel engine which pumped out an outstanding 400 PS and 740Nm in its stock form. BMW were able to flex their muscles and thus started a sub – M M brand which was imitated by all the big companies later. Good times at Dingolfing didn’t stop there, cars were getting better, lighter, safer, faster each year and the F series seemed so far ahead that they did not need any major changes in the facelifts.
From an Abrites point of view we have you covered for everything related to this transmission as mentioned last week. For the replacement, please use the BN011. For coding and programming you will need to have the BN012. Please refer to last week’s post for more information as this was mentioned there.

II. Keys and immobilizer system
I.A. CAS4
The ZF 8HP is being used in about a million cars from most major manufacturers because it is just that good. As you probably know the F90 M5 is the first fully M car with a torque converter automatic and guess which transmission they used. As good as it is there is a lot more to cover so let’s pick up the pace.
The debut of the F series came with a new generation of the BMW Car Access System, CAS4. CAS4 was more of an evolution on the topic of immobilizing BMW vehicles. The ideology is not exactly the same as before. What you need to know is that in CAS4 cars – F01, F10 and all their derivative F06, F07, F12, F13 you can program lost keys or add keys completely by OBD with the help of the BN013 license. Once again, the BN012 is needed for all keys lost situations. Don’t forget your PROTAG when programming BMW keys.
HERE is a video of that exact situation:
The ability to complete this task by OBD has only been around for about the past 18 months and we at Abrites were the company which debuted it. We brought this solution because in the past you needed to take the CAS4 out of the car, read it, load the dump, write it back and program the keys to the car. This simplification is lead by our constant strive to improve and make everything better for our customers. Yes, you could program keys the “hard way” and you have a solution but why not make it better? Exactly what we stand for, constant improvement. As Napoleon Hill once said “The way of success is the way of continuous pursuit of knowledge.” 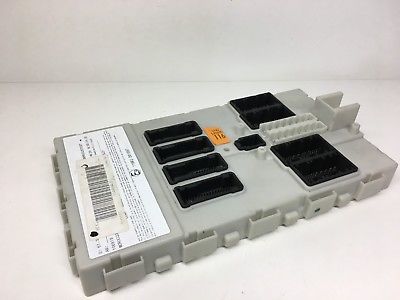 F – Series, just like the E – Series before them went through stages of evolution and with the Introduction of the F30 3 series we saw a completely new system for keys and start management, all being taken care of by the Front Electric Module (FEM). The procedure here is slightly more complex. As with CAS4 you need to have the BN013 and BN012 Licenses but here you will also need an ABPROG programmer to read the EEPROM from the FEM itself. Also, PROTAG is once again required here. The F30 was not the only car, you had the F20, F80 M3 (what a machine), all the 4 series, 3 series, 1 series, F15 and F16 X5/ X6 so many, many cars. Watch the video HERE before taking on the task of key programming. 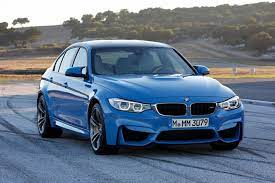 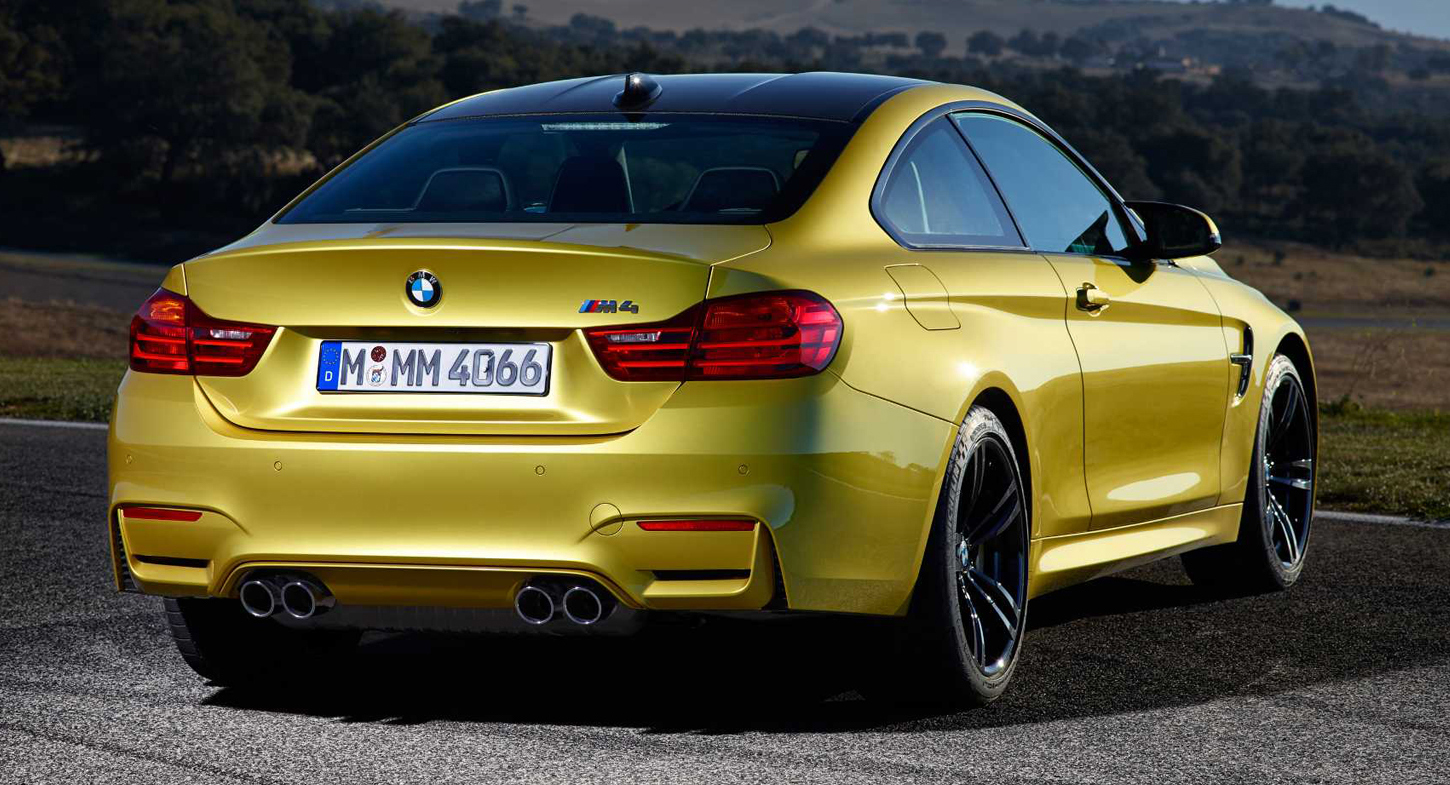 As modules and technology in modern BMWs became more and more complex, it makes sense that the FEM was used for many more functions as opposed to the CAS that came before it. Most of the comfort features went through it. FEM adaptation is yet another feature we offer. You once again need to have both BN013 and ABPROG. The calibration of the FEM is also available and we can assist here too.
After that came the BDC or Body Domain Controller module. In short BDC is a more complex version of the FEM which had a 128kb EEPROM while BDC has a 256kb version. I will tell you more about it next week in part 3.
In part 3 we will also take a look at the future of BMW, we will discuss the current state and we will also take a closer look at the DME/ DDE evolution. 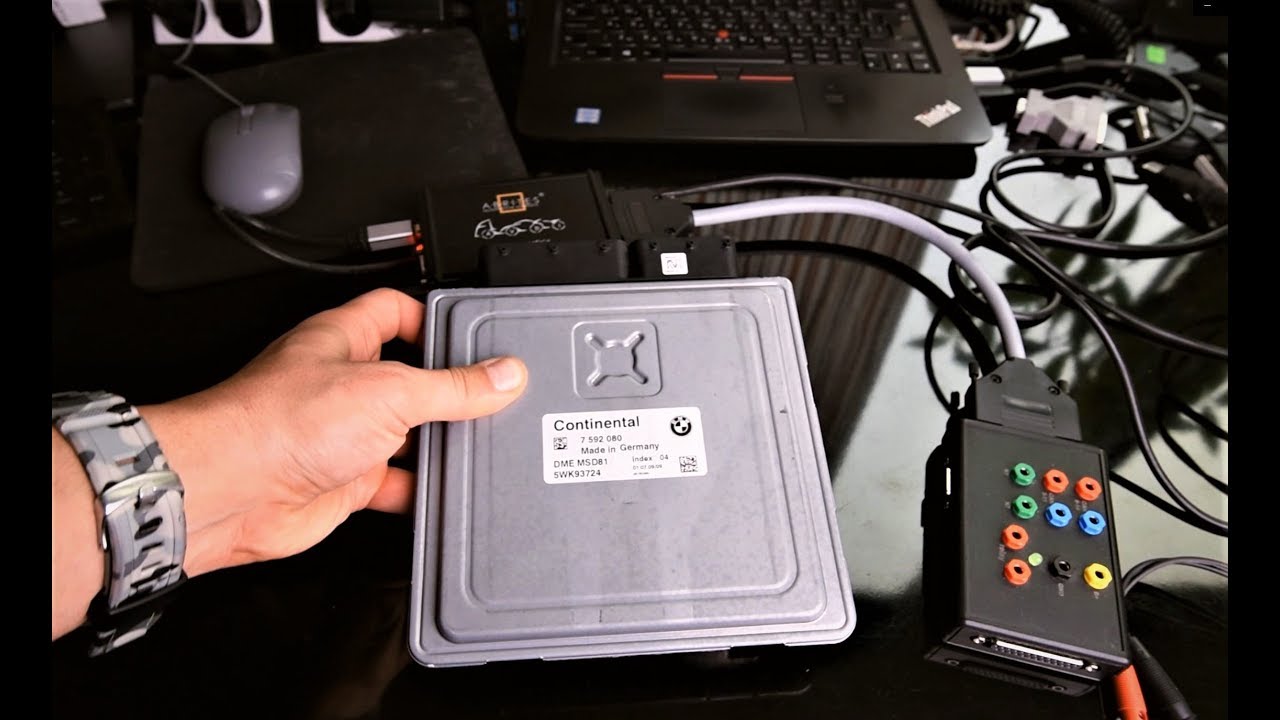 Hello Friends,It's the AVDI FAN here once again with another cool video, this time showing how to read the ISN from an MSD81 DME ECU in BMW. The car I worked...