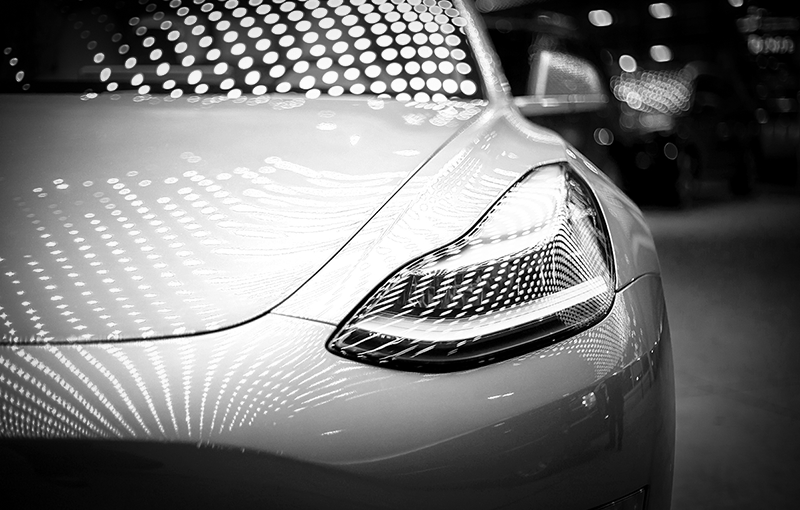 ABRITES DIAGNOSTICS FOR TESLA. THE INSIDE STORY.

Ever since 2008 when the first Tesla Roadster came out we all kind of knew what was to come upon us in terms of electric vehicles. However, very few people anticipated the great avalanche of success the little Lotus Elise based, electric roadster snowball rolled into. Slowly but surely Tesla became the major player in the electric vehicle market and from what seemed like a goof some 13 years ago turned into the behemoth it is today. Here is what our team has to offer you for Teslas, how it started and where it is going.

Why was the Abrites Diagnostics for Tesla created?

Tesla’s undeniable success is not the reason for this article, though. Albeit undeniable, what matters most is that with the constantly growing number of vehicles on the road people need more and more assistance which up until recently was solely provided by the manufacturer. This is where Abrites Diagnostics for Tesla comes in. With it we aim to provide the independent workshops with a dealer level diagnostic tool they can use to provide diagnostic support to their customers who choose to woosh around in arguably the best EV out there but are geographically limited or simply prefer independent workshops.

How was the Abrites Diagnostics for Tesla developed?

To cut a long story short, we have spent countless days (and nights) working on the software. It was developed on our new online-based platform which provided a good basis for what we were aiming to achieve. Numerous tests were conducted on basically every Tesla we could get our hands on, development vehicles were bought and we even had extra coffee machines installed for that additional edge.

What does the Abrites Diagnostics for Tesla actually do and why would you need it?

Even though it is a completely new product the Abrites Diagnostics for Tesla cannot ignore the basics of what makes our products what they are today. So we should always start with the basics. We have the standard vehicle scan, diagnostic code finding and, sure enough clearing of diagnostic codes. This allows you to diagnose and determine the cause of any issue within a Tesla vehicle. This is not only useful for workshop specialists but may also be found handy by Tesla owners and enthusiasts. The software currently supports three Tesla models and is expanding rapidly. The models you can expect to be covered today are the “Model 3”, “Model S”, and the “Model X”. These should grow as Tesla expands and just to give you a bit of a preview on what is to come – the “Model Y” is fast approaching in one of our next updates.

With the basics covered we can focus our attention on the rest of the functionalities. Here we can see features like the ability to view live values from the vehicles. This is very important in the cases where you either need to determine an intermittent fault or you simply need to log data from an event such as a drag race or an economy run, whichever of Tesla’s party tricks gets you going.

From that point on it gets really interesting with the Service functions. These allow you to perform servicing operations for the most common Tesla servicing needs: entering the parking brake in service mode, IBST VIN learn and reset, test pedal offset, dim central, left or right mirrors, Head Lamp communication test, HOMELINK communication test, window calibration on all doors, NFC amplitude reading, etc... All things necessary for a reasonable Tesla service, don’t forget this is just the first iteration of the software so we are just getting started.

This here is the perfect place to tell you about what is to come, what we are planning and where we can go from here. We basically have three separate paths in which to take the software:

1. Service functions expansion.
This section focuses on giving you more and more in terms of service functionality but only that, you will start seeing coding options, customization and unlocking of certain features hidden withing Teslas which will allow for maximum control over the servicing and customisation process. Without laying all our cards at the table we can safely say that there is a lot more potential to be unlocked from Tesla vehicles than meets the eye. But I digress, we are getting ahead of ourselves.

2. Key programming.
The bread and butter of Abrites has always been key programming and as hard as this is to achieve in a Tesla our slogan isn’t achieve the impossible for nothing, right? A lot more on this to come in a future post.

3. Module exchange.
Another signature Abrites functional feature which has empowered thousands of independent workshops all over the world to compete and surpass the official dealers for many brands. Module exchange is not something Teslas are unknown for, what can be frustrating is replacing a module and having incorrect readings. Well we plan to correct that with the help of our calibration functions which will allow for the customers to apply all necessary corrections when replacing a module or in the cases when a module originally installed in the vehicle from factory just does not work properly. Odometer correction would be a tremendous option in such cases.

What else do you need to know?

Well, with Tesla being a rather innovative company in an innovative automotive landscape they couldn’t just use standard OBDII like all the other cars. Such is the case in the Model 3, there is a whole section dedicated to that in the user manual so we suggest you give that a look HERE.

In that sense we had to create the Abrites ZN072 set in order to allow the Tesla specific diagnostic protocols to conform with the standard OBD AVDI is used to. So although the Abrites diagnostics for Tesla in its current form, is distributed free for all customers who have AMS you will need to have the ZN072 adapter in order to properly work on Tesla vehicles. The ZN072 is required because without it the Abrites Diagnostics for Tesla does not work as it is intended. You can order the ZN072 by following the link HERE or via your local Abrites distributor.

So with all that being said we just wanted you to know that we are very happy to be bringing you the Abrites Diagnostics for Tesla, allowing for safe, reliable diagnostics to be performed on Tesla vehicles by independent workshops and Tesla enthusiasts alike. All these great functionalities are made possible by the foundation of the Abrites ecosystem: the AVDI, of course.

Thank you guys for the time spent reading this article, I hope it was useful to you and expect a new one every week in our blog section.